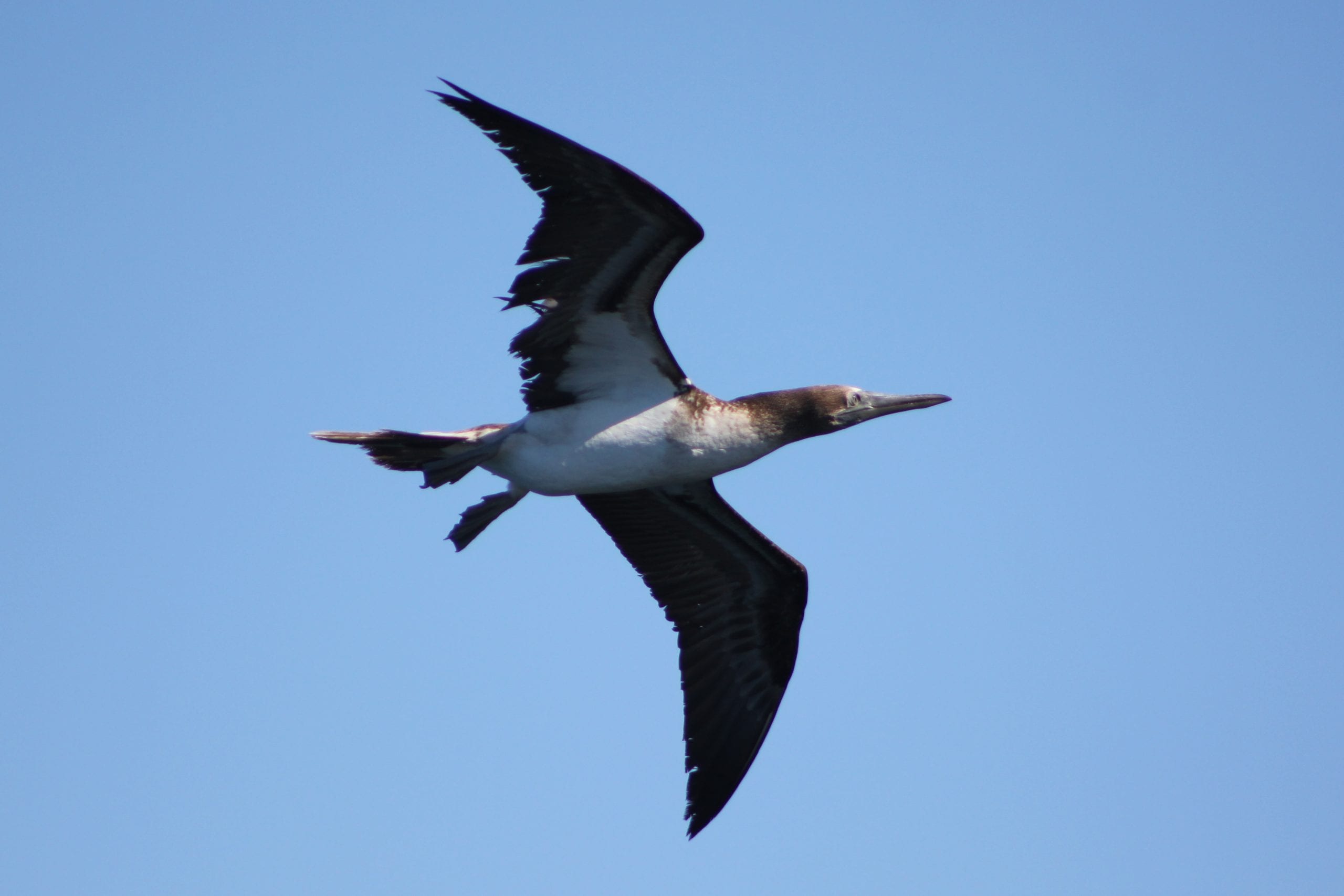 Island Packers is offering a pelagic trip out of Ventura on Wednesday, August 29 at 7 am.

Pack up for a 12-hour trip out to the area where an abundance of Cook’s Petrels and storm-petrels were sighted in July. Our July 15 trip had a Tristram’s Storm-Petrel, Wedge-rumped Storm-Petrel, several Townsend’s Storm-Petrels, 100+ Cook’s Petrels, 2 Nazca Boobies, and a variety of other pelagic species including 1000s of shearwaters. There has been a persistent temperature break and favorable oceanic conditions in that area, so it is likely there are still birds out there. There have been a lot of interesting birds offshore of southern California this summer including several Nazca Boobies, 2 Red-footed Boobies, Craveri’s Murrelets, Townsend’s Storm-Petrels and more. Southern seas around San Diego have seen lots of Cook’s Petrels and Leach’s Storm-Petrels offshore, as well as Black-footed and Laysan Albatrosses.

Get ready to see large numbers of notable birds! Journey approximately 3 hours from Ventura and spend time working that edge for Cook’s Petrels, storm-petrels, and whatever else might be out there. Last year we had numbers of Craveri’s Murrelets in that same area and we have seen Townsend’s Storm-Petrels here multiple times. Red-billed Tropicbird is also a possibility. To maximize our time in that productive area, we will not be stopping for common birds on the way out. We have a plan of attack and believe we have a chance of finding something good while spending quality time traversing the same area where the Tristram’s and Wedge-rumped were recently seen.

This will be a 12-hour trip at a cost of $195 per adult. If you prefer not to use the web-based reservation system, you can call Island Packers during business hours at (805) 642-1393.The trip will offer a limited load passenger capacity aboard a fast catamaran that features a spacious and comfortable cabin, galley, and excellent viewing from both the upper and lower decks. A full contingent of outstanding seabird leaders will be present to make sure we see all that is out there. The Captain and crew are experienced at running birding trips and are enthusiastic and helpful.  In addition, efforts are made to position the birds to get them in the right light…photographers will not be disappointed!