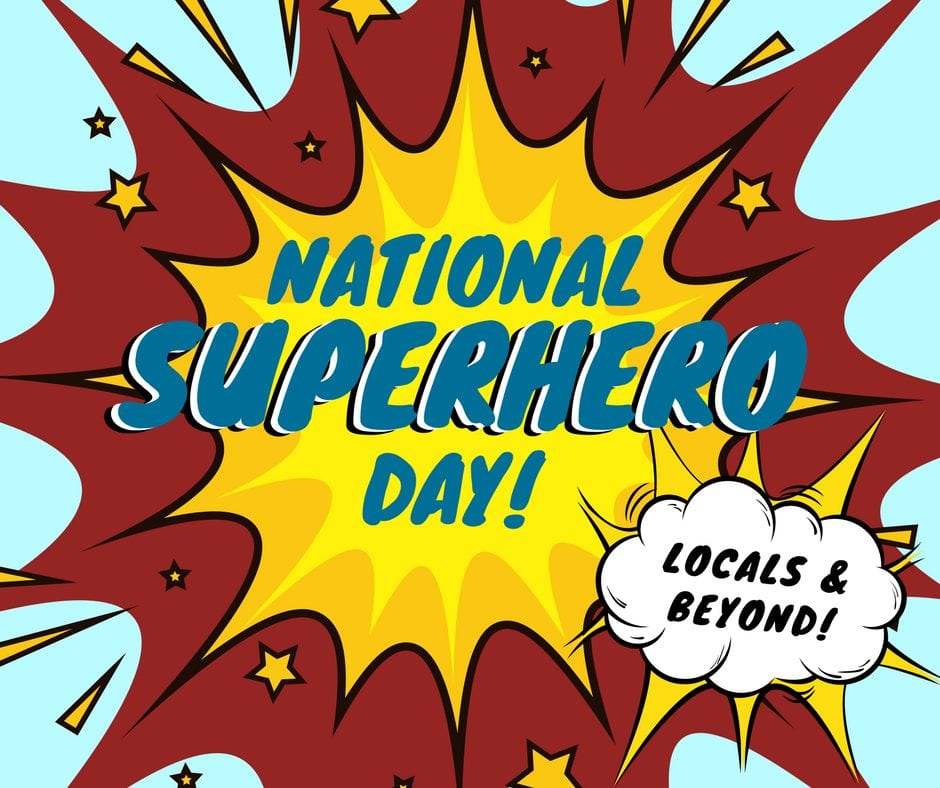 This is a day to honor superheroes both local and beyond, real and fictional. Take a photo with characters like Captain America, Black Panther, and Wonder Woman. Visit with real life local heroes who save lives and keep us safe like Harbor Patrol, Firemen, & more. There will be special offers for those who dress up in their favorite superhero costume! 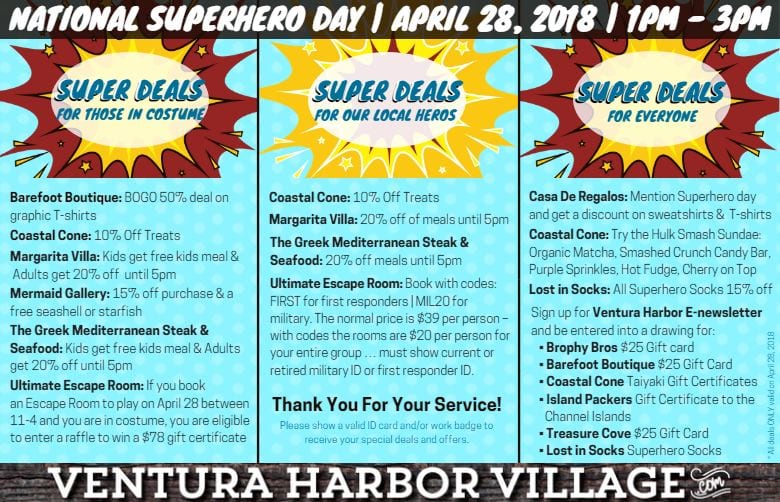 If You Come in Costume:

Coastal Cone – 10% off Treats
Margarita Villa – 20% off of meals until 5pm
The Greek Mediterranean Steak & Seafood – 20% off meals until 5pm
Ultimate Escape Rooms – Book with codes: FIRST for first responders | MIL20 for military. The normal price is $39 per person – with those codes you get $19 off making the rooms $20 per person…must show current or retired military Id or first responder ID.

Super Deals for Everyone:

Sign a large Thank You card for the Real Local Hero’s in our community – card will be given to heroes on site to honor them for their service.

Head to the waterfront at Ventura Harbor Village to celebrate your favorite superhero (fictional or real) and post photos of your super hero outfit on social media using #NationalSuperheroDay and #VenturaHarbor. Need costume inspiration? See below for a list of top Underwater Superheroes:

Aquaman is ultimately the number one superheroe under the sea. He’s got the name aqua in it so that kind of explains his character. He is the king of Atlantis. Aquaman has super strength, communication with underwater animals, and water manipulation. To me he is the superman under water. 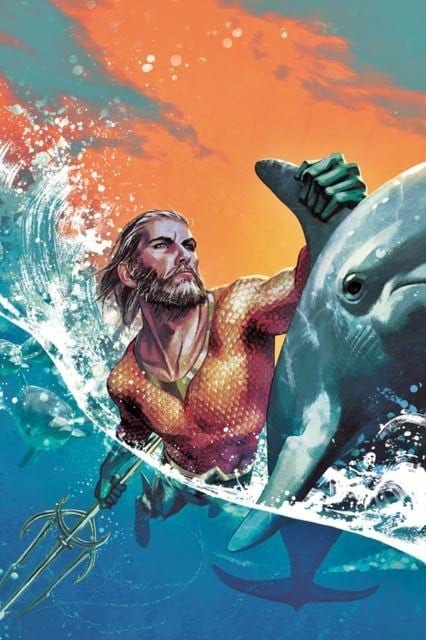 The Marvel version of Aquaman. He is sometimes referred to Marvel’s first mutant. He is different among the Atlanteans and humans. He unexplainably has the ability to fly, which I think is pretty cool. 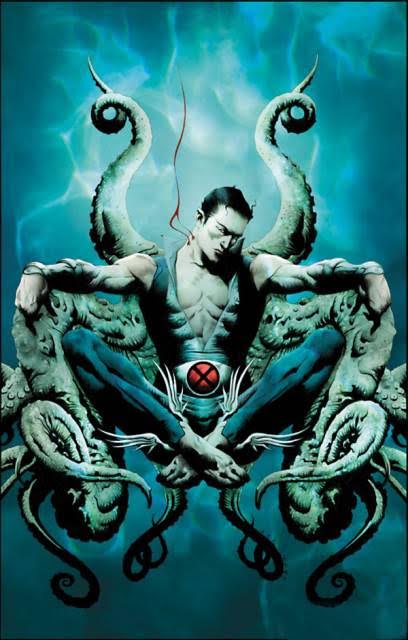 The underwater beauty the Little Mermaid. Kind Trident’s daughter and arch enemy to Ursala the sea hag. I think her only true power is singing. Ariel is gorgeous and aspires a life on land and to fall in love with Prince Eric, which happens. Later to have a daughter named Melanie.

Aquaman’s sidekick Aqualad. He basically has the same powers as Aquaman, but lower. He is the equivalent of an underwater Robin to me. 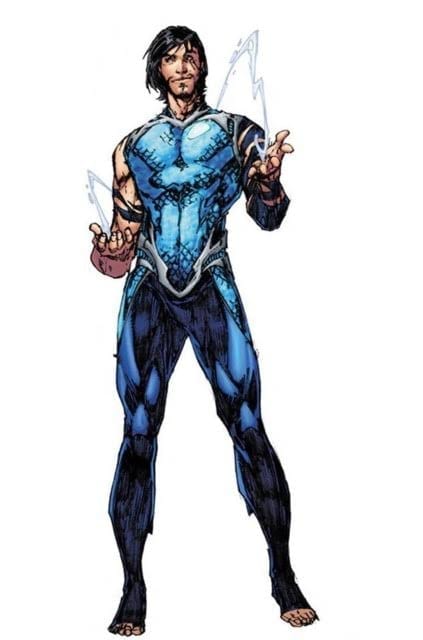 Dolphin is very pretty, but lacks in character. She can breathe underwater and has superhuman strength. I would like to see her have her own comic one day. 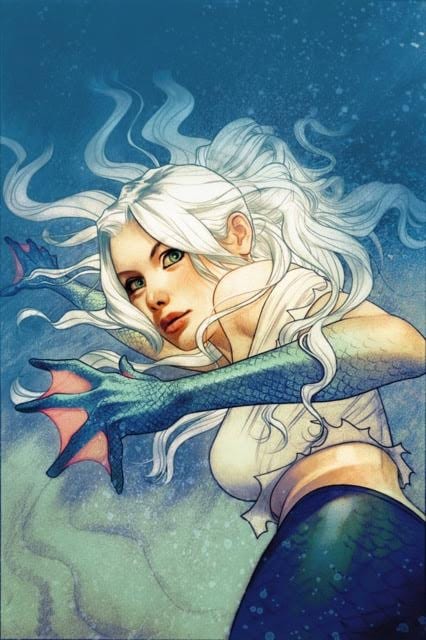 The cousin of Namor. Namora possesses super human strength, the ability to fly, and near invulnerability. She is a cool under water character. 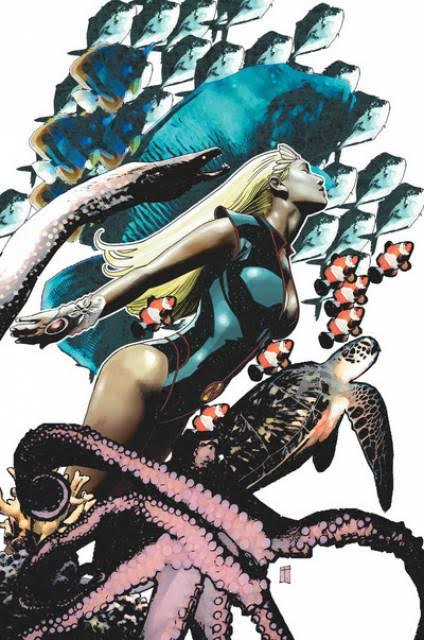 Namorita is the clone of her mother Namora. She holds the same powers as her mother. 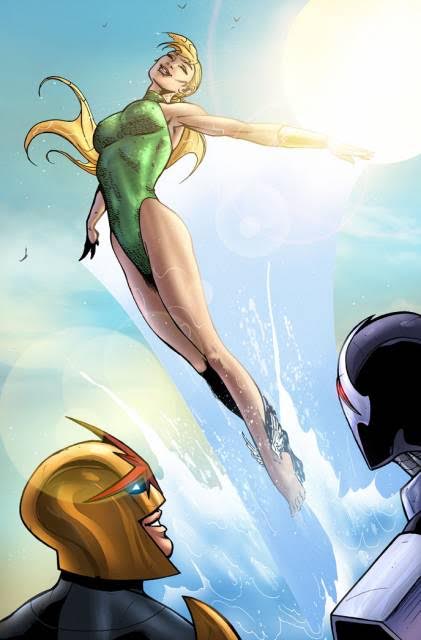 The female partner of Aquaman. I think Aquagirl should have more depth and character than to be just a female version of Aqualad. 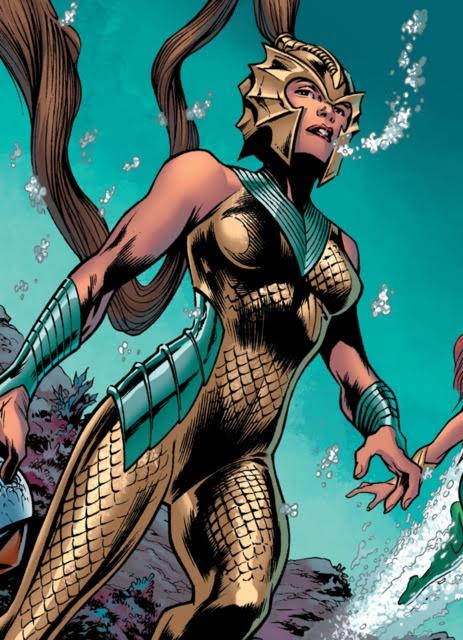