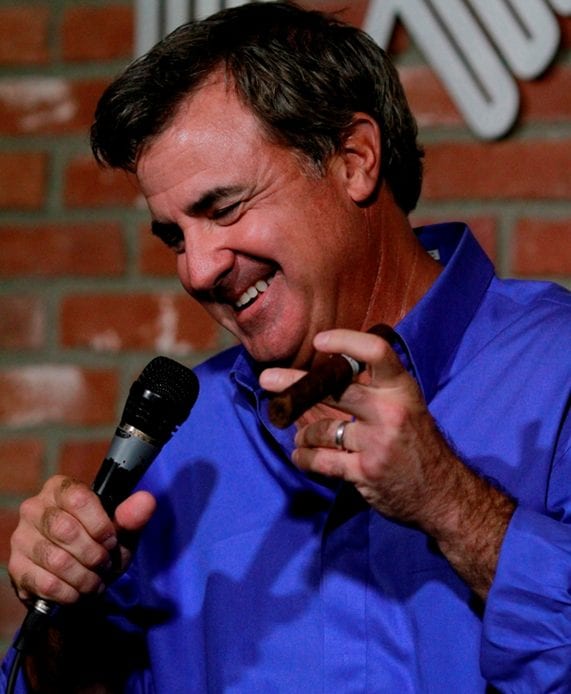 Jackie Flynn: Early on in his career, Jackie was discovered on stage in Boston by the Farrelly brothers, who have since cast him in back to back roles in “King Pin”, “There’s Something About Mary”, “Me,Myself And Irene” “Shallow Hal” and “Stuck On You”, where he played opposite pop-diva Cher.
Fans of the hit show “The King Of Queens”, will recognize Jackie from his many appearances on that show and the feature “Here Comes the Boom” with Kevin James, as well as his role along side the likes of Burt Reynolds, NFL Coach Jimmy Johnson and Jerome Bettis as one of the “Men Of The Square Table” in the hugely popular Miller Lite “Man Law” commercials.
Jackie is one of the proud winners of the San Francisco Comedy Competition, has been a featured performer at the Montreal Just For Laughs Festival Galas, and has been seen on HBO, NBC and CBS. Audiences young and old appreciate his wit and rapid fire “take no prisoners” delivery.