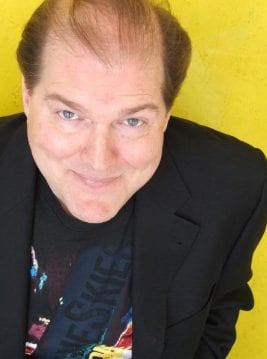 Randy Lubas has performed Comedy for over 30 years in 42 of the United States, 4 Canadian Provinces, and all over the world on Cruise Ships. He has appeared 23 times on National TV, incuding Comedy Central and Showtime. He has produced thousands of live shows, and 70 episodes of West Coast Comedy, now seen on Hulu and on Standupbits.com. He owns Jr’s Comedy Club in Valencia, CA and Ventura Harbor Comedy Club in Ventura, CA. He produces The Ventura Comedy Festival, and runs the college division of Artists West Entertainment.

His act pokes fun at Realtors, Engineers, Step Parents, and himself. He works each audience into his show making every performance seem brand new.

Randy has written for television, and has two screenplays, and a stage play to his credit along with many orignal songs featured on Dr. Demento’s Radio Show. He also was featured in the movie Cover Story as a Hit Man.