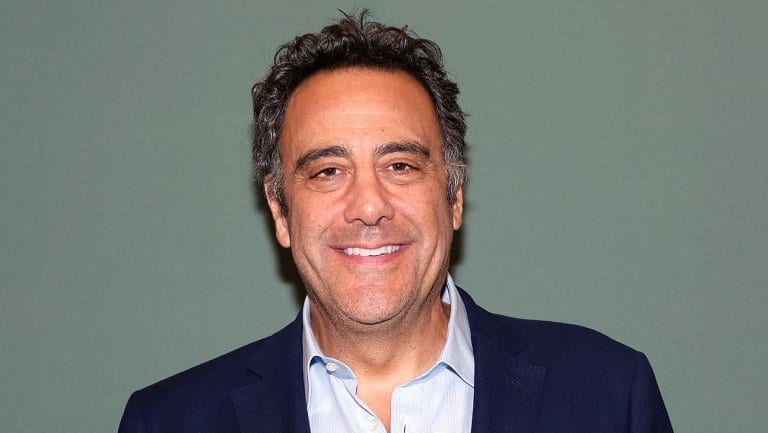 Brad Garrett played Ray Romano’s big brother Robert on the hit CBS series “Everybody Loves Raymond,” which has earned him five Emmy nominations and in 2002, 2003 and 2005 Emmy Awards for Outstanding Supporting Actor in a Comedy Series.

Garrett, raised in Woodland Hills, California, was born on April 14, 1960.  After high school graduation, Garrett began performing his stand-up act at various Los Angeles comedy clubs, getting his start at the Ice House in Pasadena and The Improv in Hollywood.  His first appearance – at age 23, on “The Tonight Show Starring Johnny Carson,” made him one of the youngest comedians ever to perform on the program.

From this appearance, Garrett’s stand-up career took off, garnering him headlining gigs at national venues as well as opening spots for legends, including Frank Sinatra, Diana Ross, Julio Iglesias, Liza Minnelli and Sammy Davis Jr.  In 1989, The Las Vegas Review Journal named Garrett the “Best Comedian” working on the Strip.

At this point, Garrett made his foray into the world of television.  Garrett’s television guest roles range from stints on “Roseanne” and “Mad About You,” to his trademark role of the obsessive mechanic on “Seinfeld” (you may remember him stealing Jerry’s Saab in order to teach him a lesson about poor auto maintenance).

Garrett’s voice-over work includes giving life to Fatso, the ghost in the 1995 mega-hit feature “Casper,” and can be heard playing the part of Dim, the rhinoceros beetle, in the Pixar/Disney feature, “A Bug’s Life” and Bloat the blowfish in Pixar/Disney’s, “Finding Nemo.”
He has since been seen in HBO’s “Don King: Only in America,” “George B,” with David Morse, which was a finalist at the 1997 Sundance Film Festival, “Suicide Kings,” with Christopher Walken, Showtime’s “Clubland,” with Alan Alda, and director Woody Allen’s “Sweet & Lowdown,” with Sean Penn and Uma Thurman.  Garrett has also guest hosted The Late Show for a sidelined David Letterman.

In 2002, Garrett played Jackie Gleason in the critically acclaimed CBS film, “Gleason,” for which he earned an Emmy Award nomination and Screen Actors Guild Award nomination for Outstanding Actor in a Movie or Miniseries.  He starred in Disney’s hit comedy, “The Pacifier,” Warner Bros., “Music and Lyrics,” with Hugh Grant and Drew Barrymore and on Broadway in Neil Simon’s “The Odd Couple.”  He can be heard in Fox’s “Night at the Museum,” Disney’s “Underdog,” and Pixar’s Academy Award winning animated film, “Ratatouille.”  Garrett stars in the Fox comedy series, “’Til Death,” currently in its second season, and performs his stand-up act to sold out theatres across America.

Originally from Minnesota, Quinn has lived in Colorado and Arizona before settling in Los Angeles to pursue a career in comedy.  Now married to a Mexican-American girl from east L.A., Quinn is never short of material.  His comedy appeals to all age groups and ethnicities and he loves to talk about them all.  However, audiences often come back just for his improvisational crowd work where he can be the most spontaneous.