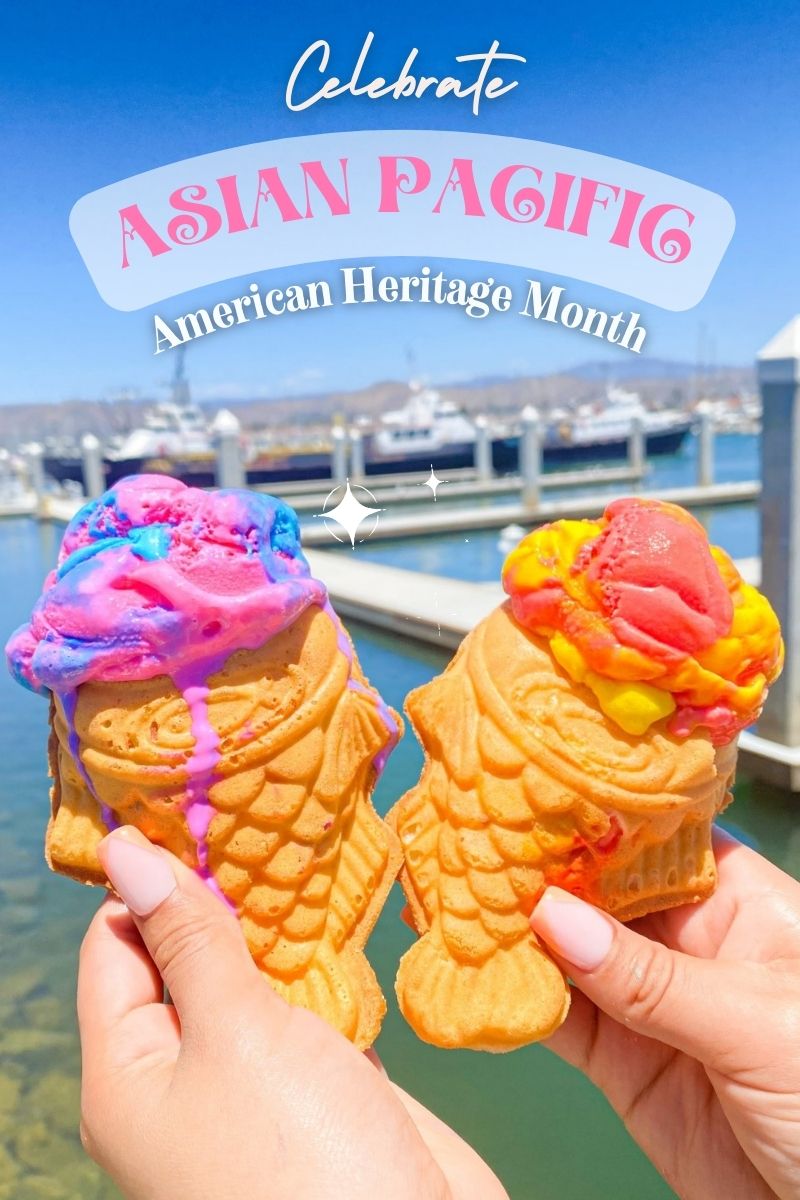 May is National Asian American and Pacific Islander Heritage Month, a tribute to the generations of Asian and Pacific Islanders who have enriched the country’s history and are instrumental in its future success. So, it’s the perfect time to shine the spotlight on Coastal Cone, a second-generation family-owned and operated business that has been delighting customers from their Ventura Harbor Village ice cream shop for 20 years.

When young entrepreneur Alex Hong finished college and took the helm after his parents five years ago, Coastal Cone started making an even bigger splash. Alex pivoted from their traditional scoop shop model to introduce a variety of Asian-influenced flavors. Taiyaki (also known as bungeo-ppang), a soft, fluffy fish shaped pastry, was at the center of this menu transformation. The popular Korean and Japanese street food has been around for more than a century and can be filled with both sweet and savory and hot and cold foods. In addition to soft serve ice cream, Nutella, custard and red beans are other popular fillings. 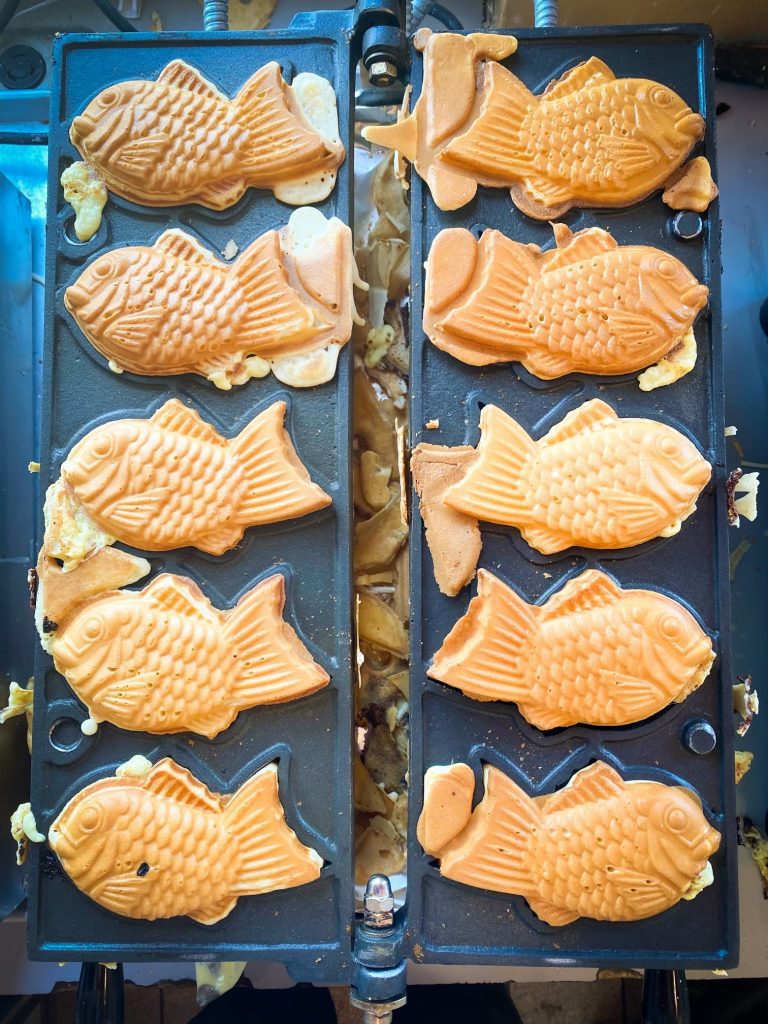 The fish-shaped taiyaki pastries were initially introduced in Japan by a street food seller in the early 1900s. “Tai,” the sea bream fish, is a symbol of fortune and good luck.

When the Hong family introduced the taiyaki tradition to Ventura Harbor Village, Coastal Cone made history as the first-ever oceanfront ice cream shop in the U.S. to offer the specialty. Today, their menu features a few different forms of taiyaki:  a fish-shaped “zookie” pastry filled with Nutella, cream or fudge; a fish cone filled with your choice of custom soft serve flavors and toppings; and a “fishzookie,” a twist on an ice cream sundae served atop a hot taiyaki pastry. 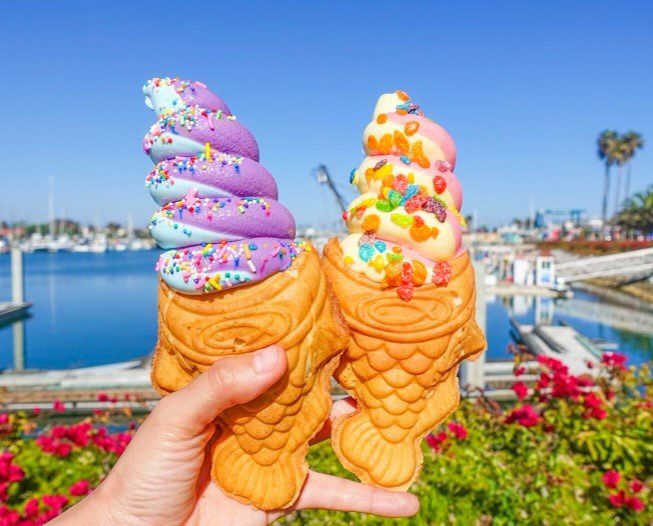 The “Original Fish Cone” gets filled with your choice of ice cream or soft serve and topped with colorful accents. 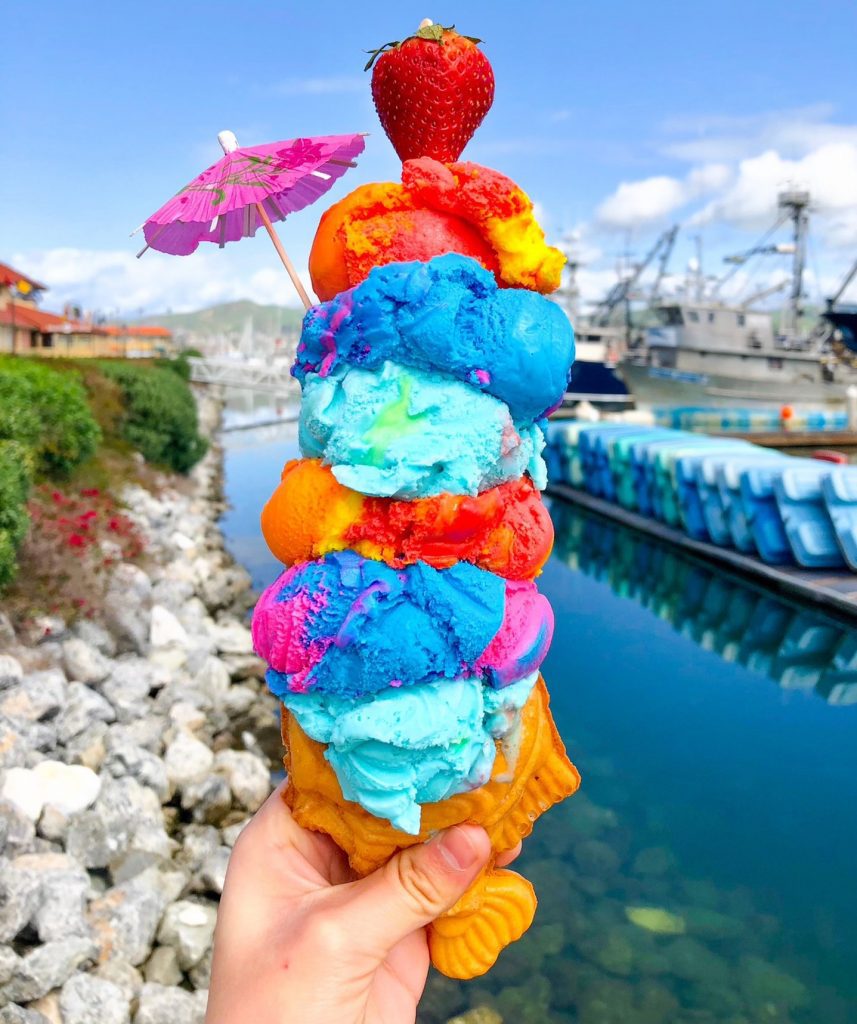 The sky is literally the limit with the Coastal Cone’s photogenic taiyaki creations, which have starred in many an Instagram post.

More than 20 different toppings make personalizing a taiyaki cone super fun—especially for kids—who can choose from juicy local Oxnard strawberries and dozens of crazy colorful candies. And if you’re overwhelmed by the options, go for one of the Signature Fish Cone recipes, such as the Island Yaki with “pimango twist” soft serve, cream filling, berry drizzle, fruity pebbles and a cookie.

Savoring a taiyaki while watching the boats in the Harbor has become a quintessential Ventura Harbor Village experience and culinary adventure. So next time you visit, be sure to stop by Coastal Cone to try the Hong family’s delicious creations firsthand! 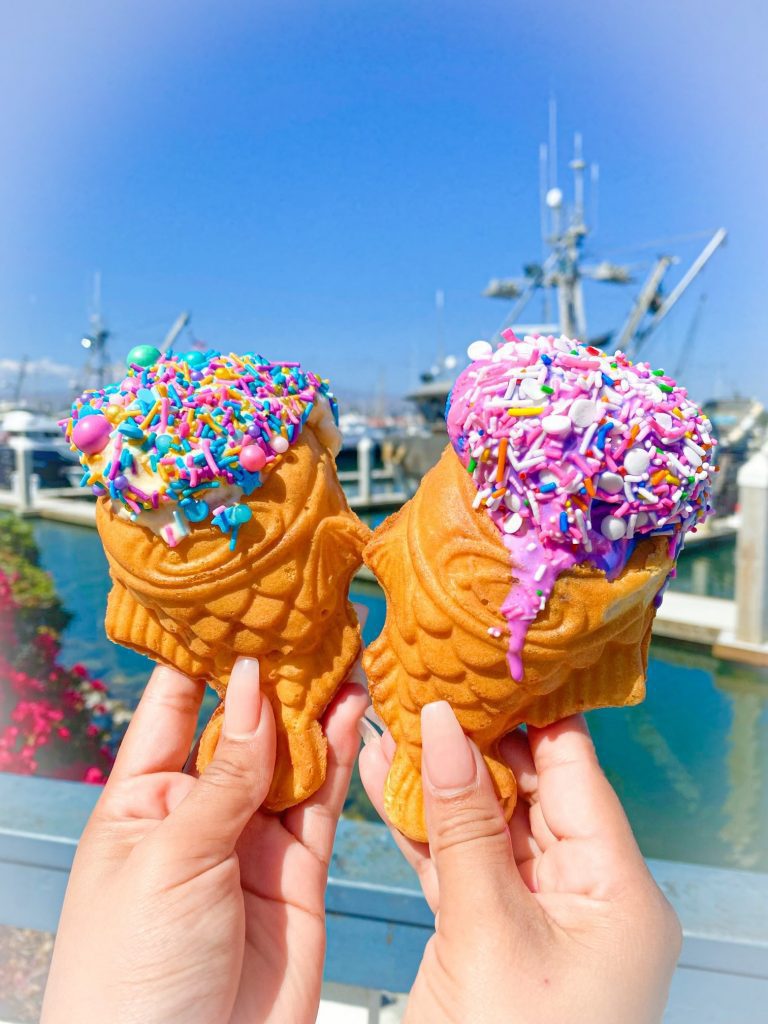